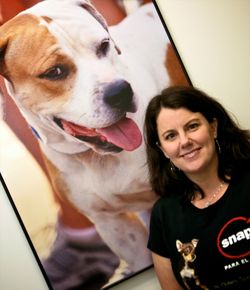 Laura Welch joined the Spay-Neuter Assistance Program (SNAP) in January 2006. Previously she was a co-founder and executive director of PAWS Houston, a non-profit organization. She created the mission and developed the infrastructure of PAWS Houston which was formed to help keep terminally ill patients together with their animals as long as possible. Prior to that position, Laura worked for the Greater Houston Partnership coordinating the annual major campaign, golf tournament and other major events. She is a member of the Association of Fundraising Professionals and volunteers for many organizations including The Rose Foundation, American Brain Tumor Association and various animal organizations. Laura has served on the Pet Patrol Board of Directors and Women’s Home Auxiliary Board. She was a presenter at the Human-Animal Bond World Conference 2005 and at the National Spay-Neuter Conference in 2006.

What is your idea of perfect happiness? Perfect happiness is when a dog I have pulled from the shelter, treated for sickness, socialized, etc., finds a wonderful new home. I love seeing the sick, scared dog blossom after receiving love, good nutrition and veterinary care. When I get a note from the animal’s new family saying how much they love the dog, I know that both the people and the dog are making each other’s lives better. Knowing that I helped save that one dog truly helps when I hear of all the other dogs and cats that are euthanized because they could not find a home.

Also, perfect happiness is knowing that I get to come to work every day and do something to help the animals and that I get to work with amazing people that are passionate about making a difference. I am truly happy to go to work everyday.

When I first read about the dog days of summer, it made me mad. Muggy? Me? I'm a German Shepherd-Husky dog, I'm the opposite of muggy. I stop muggers!

However when I read that a big dog is the brightest of the stars in the summer night sky, then I was Sirius -ly happy.

Do you think if I win Funniest Blog or Blogger, I could get them to rename Sirius, the dog *super* star? BOL 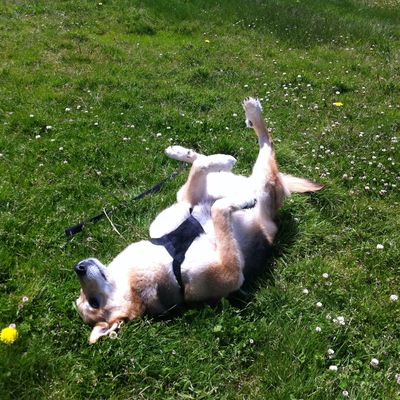 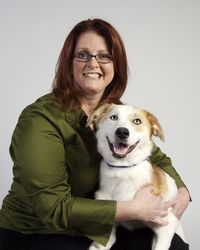 Tiffany Bierer is manager of health sciences and nutrition in the research and development group for Mars Petcare US, headquartered in Franklin, Tenn. In this position, she is responsible for providing nutritional expertise for all the pet food brands at the U.S. operations of the world’s largest petcare company.

During her 15 years with the company, Dr. Bierer has produced several publications and presented many studies that include the use of diets containing green-lipped mussel to manage arthritis symptoms, the use of high protein diets to promote weight loss, and oral biometrics and the improvement of oral health through diet in dogs and cats.  She also holds several patents and has been a global internal Mars “Make the Difference” award winner.

Dr. Bierer received her bachelor’s degree in animal sciences from the University of Illinois in Champaign/Urbana and doctorate degree in food sciences with an emphasis in nutritional biochemistry from there as well. Her thesis work focused on carotenoid metabolism.

Dr. Bierer lives in Nashville, Tenn. along with her two cats, Coconut and Cricket.

What is your idea of perfect happiness? I have two cats at home and one of my cats, Coconut, loves to cuddle up to me every morning before I get up.  He comes running up to the head of my bed and plops down with his front legs around my neck and his cheek against mine and purrs and snoozes with me until it’s time to get up.  Just a little bit of perfect happiness for both of us to start each day! 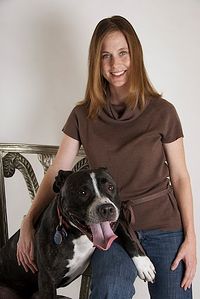 In an effort to introduce balance and service into her busy business career, Aimee began volunteering for a local animal rescue group when she moved to Los Angeles in 2004. This was her introduction to the issues of pet overpopulation and shelter euthanasia. And, this was where Aimee fell in love with one of the most popular yet misunderstood breeds of dog, the pit bull.  She eventually adopted a “pittie” of her own – Rufus – who is now six years old.

Rufus inspired Aimee to return to her first love – animals – and led her to take the position she holds today.  In March 2008, Aimee joined Found Animals® as the Executive Director and first employee.  Now, rather than tackling post merger integrations, she is managing a social entrepreneurship startup and applying her business skills to the creation and development of sustainable business models within animal welfare.

What is your idea of perfect happiness? My idea of perfect happiness is to always be working on a project that is meaningful and challenging, with a great team of collaborators, while surrounded by amazing friends and family.  And of course, there have to be at least a few dogs, cats, guinea pigs, or horses helping to “supervise” the whole operation. 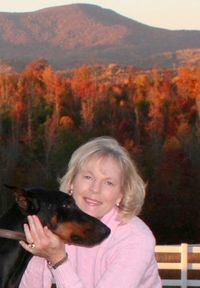 Co-founder of Pilots N Paws, Debi Boies says she’s always had a deep connection with animals.”I feel strongly that it is our responsibility, as humans, to be the guardians for animals others have abandoned, abused, or simply can no longer care for,” she says. “If we don’t, then who will?” Debi is a retired nurse, horse breeder and long-time rescuer. Before Pilots N Paws, Debi was one of the founding members of Doberman Assistance Network, Inc, a national Doberman rescue group.

Pilots N Paws is a 501c3 charitable organization who through the help of general aviation volunteer pilots, transport rescue animals by air. The mission of Pilots N Paws is to provide a user-friendly website communication venue between those that rescue, shelter, and foster animals and pilots and plane owners, willing to assist with the transportation of these animals. It launched in February 2008 after Boies’ Doberman pinscher had died.

She wanted her next dog to be a rescue. One issue that came up was adopting a dog from afar. Among animal groups there are calls for transporting pets to new homes. These “road warriors,” as Boies calls them, man a route with volunteers donating time and wheels to get an animal home. Boies was familiar with these pet caravans, and with the troubles they face – whether it’s an antsy animal or if a car breaks down – when a pilot friend, Jon Wehrenberg, suggested flying the new dog home. “Pilots look for reasons to fly,” he told her, and as a result, Pilots N Paws was born.

And while Boies lives in South Carolina, her organization is national, with pilots from all over – donating time and resources for a good cause. “It’s almost as if they understand that this is their chance for life,” Boies says. Pilots N Paws continues to make a difference in the lives of innocent animals. We have flown thousands of rescue animals, military working dogs, service dogs, and dogs soldiers have adopted from war zones to safe havens provided by rescues and families.

Volunteer pilots have worked together and flown animals outside the U.S. We have also assisted with dogs who have been adopted by our soldiers overseas in Afghanistan after they fly to the U.S. on commercial airlines. We then pick up the final leg of the transport and fly them to the soldier’s home. This is extremely rewarding!! Honors and Awards: Broadway Barks Award/Bernadette Peters and Mary Tyler Moore, The American Dog Magazines 1st Annual Humanitarian Award, The Augusta Humane Society’s Casie Ritchhart Memorial Award, Co-Founder Debi Boies listed as one of the “25 top Pet People of 2010” at petside.com and most recently the Humane Society Naples Animaltarian Award.

What is your idea of perfect happiness? ** A world where kindness abounds.