Citizen Canine - Grouchy Puppy Gets out the Vote! 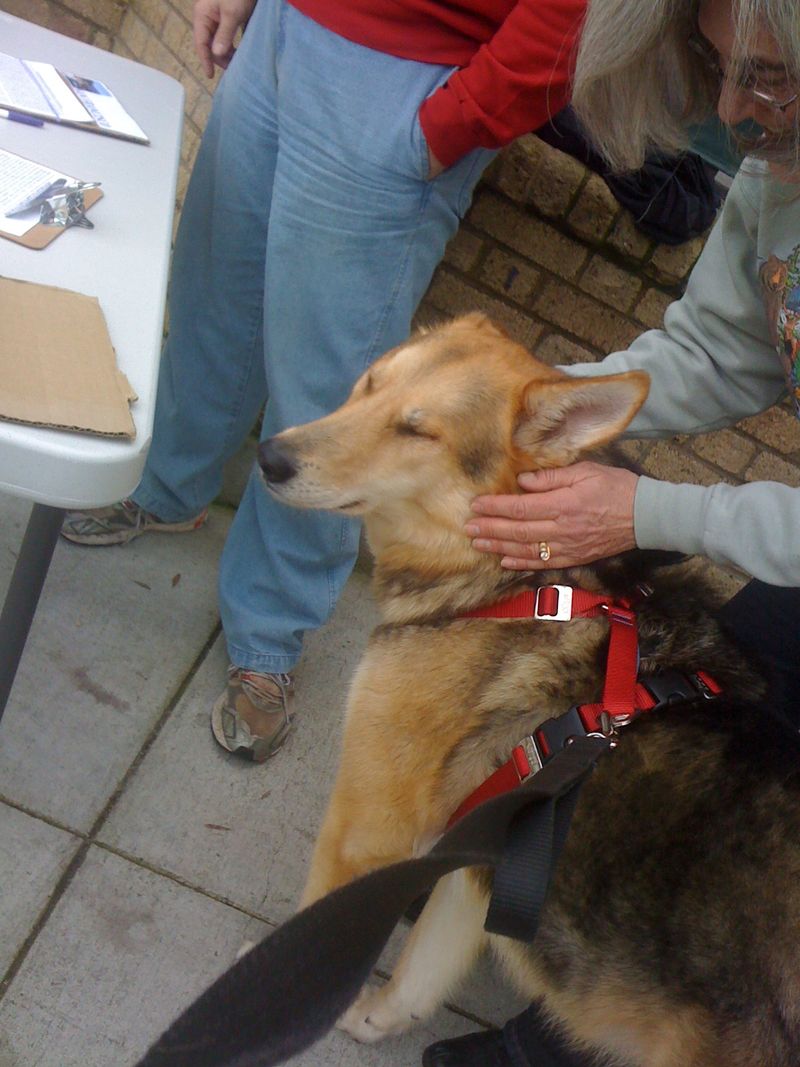 This petition I'm behind - literally - is all about our national parks and you know I love going to the park! These volunteers were happy to see my support and help getting their measure on the ballot. 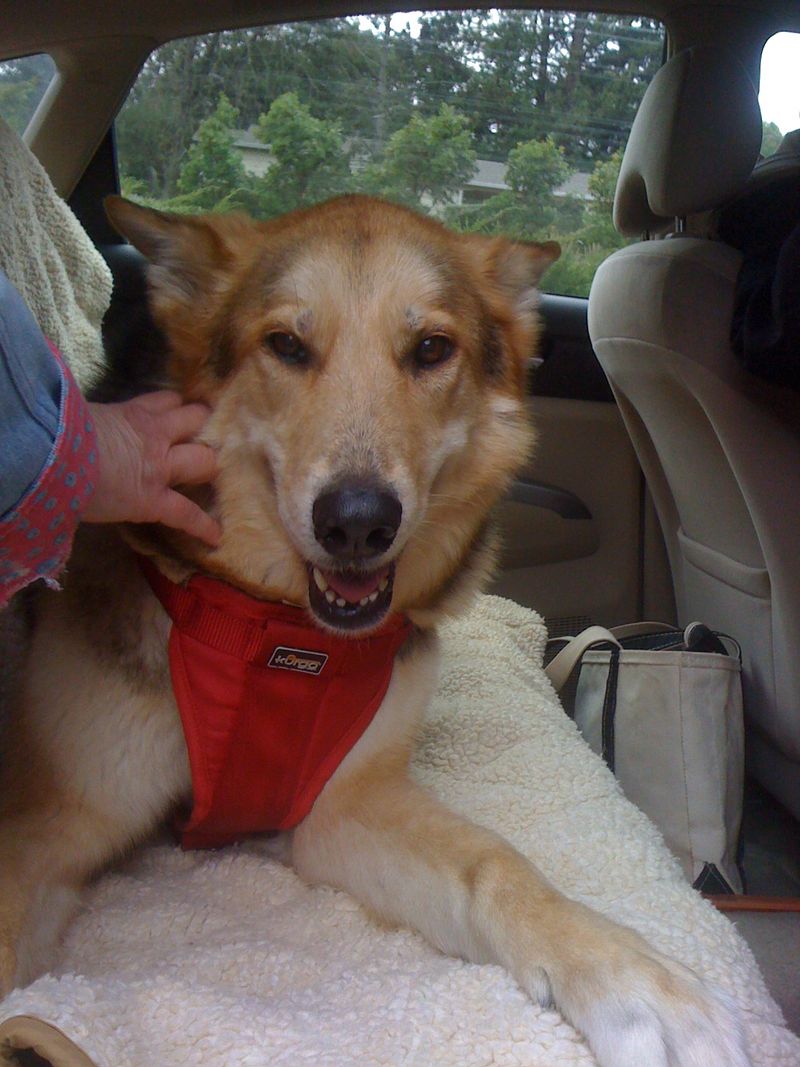 Here's wishing every reader, fan club member and general lover of ME the best 2010. I've been sharing my day with you for a year now - can you believe it?! It warms my grouchy heart to know many of you like me as I am.

Best wishes for the new year and like me, I hope you embrace your inner grouchy puppy! 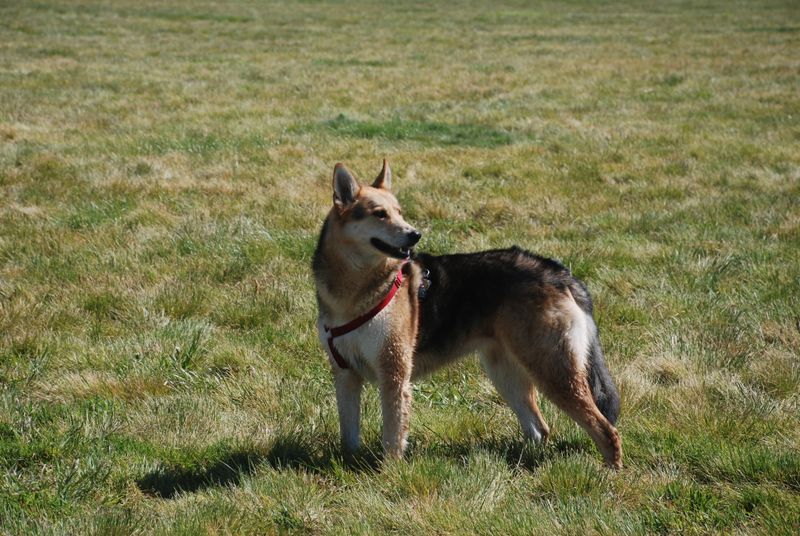 I love the smell of wet dog in the morning...

More Q&A with Cleo, the muse behind Grouchy Puppy

We continue with more Questions and Answers for Cleo, the muse behind Grouchy Puppy ™.

Reporter: Cleo, I have to ask you, what exactly ARE you? Where do you come from?

Cleo: Let me respond first by saying that I will assume you are asking about my background, and not in a derogatory way.  If you are being rude, then be prepared to get poked and nibbled at by the few teeth I have.

Reporter: I don't mean to be rude, but as a handsome looking dog, people want to know more about you.

Cleo: Thank you, compliment taken.  You have to understand that I am so often misunderstood that I can be sensitive to these types of questions. These questions can come from people who have a preset frame of mind about who they think I am. These comments can also come from people who place pure-bred AKC (American Kennel Club) registered dogs above me.

Reporter: Okay, thanks for explaining and I apologize for any misunderstanding.  Let's start with where are you from, originally?

Cleo:  Sure. I was surrendered to a shelter in Northern California. I don't know anything more than that honestly.  They called the SF/SPCA and suggested that I get evaluated as a possible new member for a pack in San Francisco.

Reporter: Wow, how was it to be surrendered?  Did you have a hard time dealing with that emotionally?

Cleo: It seems like a long time ago now and I don't remember much. I live in the now. When my pack and I were first together, it was hard for me to believe they would keep me.  My self-esteem was pretty low then. Now four years later, I imagine that my gratitude that I display everyday comes in part from my early life.

Reporter: It is refreshing to hear how you don't take for granted what you have been given by your pack. That you still appreciate the opportunity you were given for a new life in the big city, four years later.

Cleo: I've done hard before, my life now with this pack is anything but that.

Reporter: You are amazing.

Artists Open Studios Today - One of a kind Paw Prints! 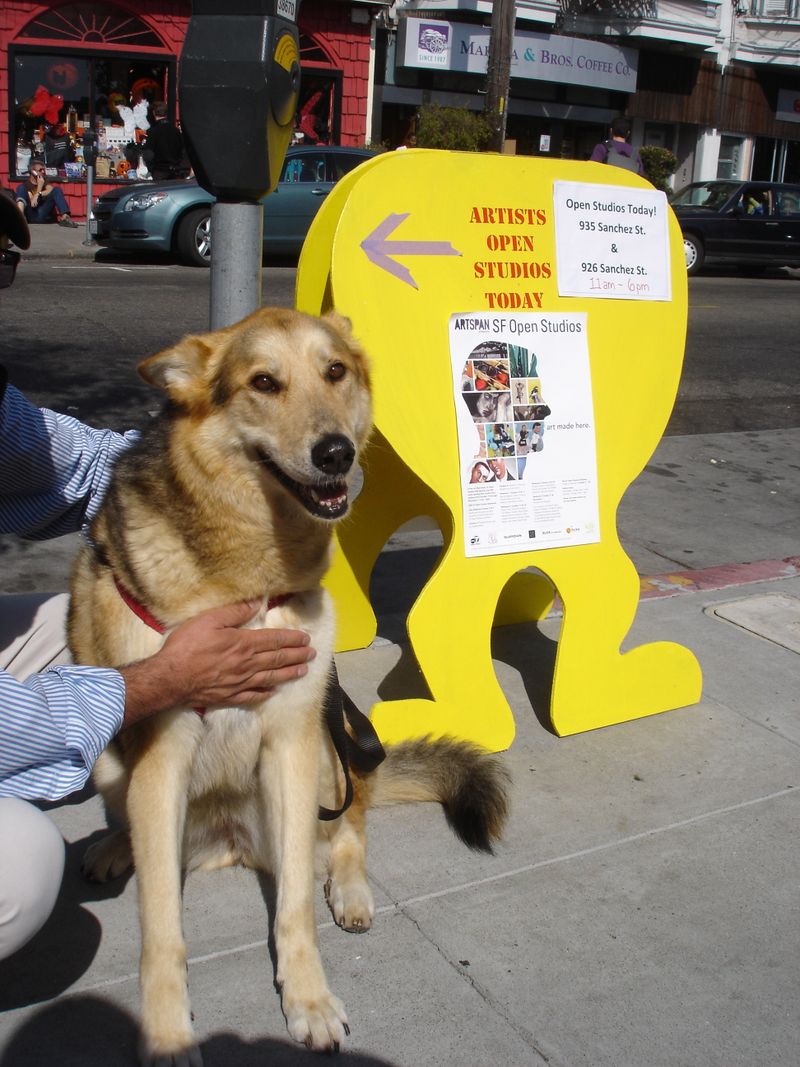 I'm here all day! Soon I will be sharing with you my first photo book. I take you on a tour of the Presidio in San Francisco!  All the best spots for first time visitors to the city and for those new to exploring the Presidio.  It is one of my favorite places and a must for anyone with a pup or a camera.