World Series Game 4 today and as you can see here, this dog loves her PL as much as he loves the San Francisco Giants. Shhhh you can't see his face (unlike me he's shy), but PL is shining his own brown eyes filled with love right back at me. 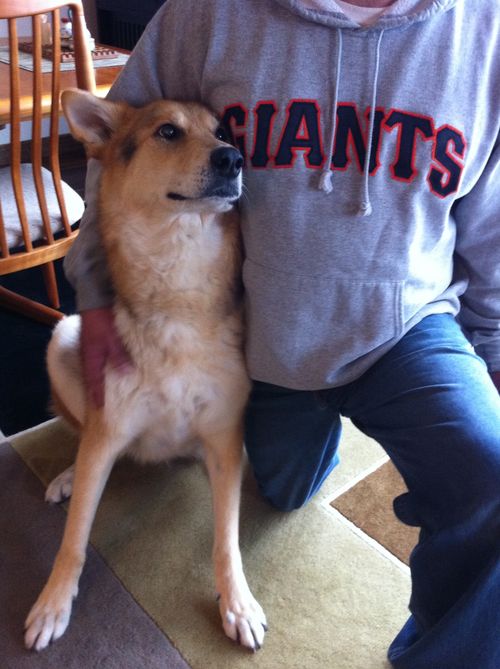 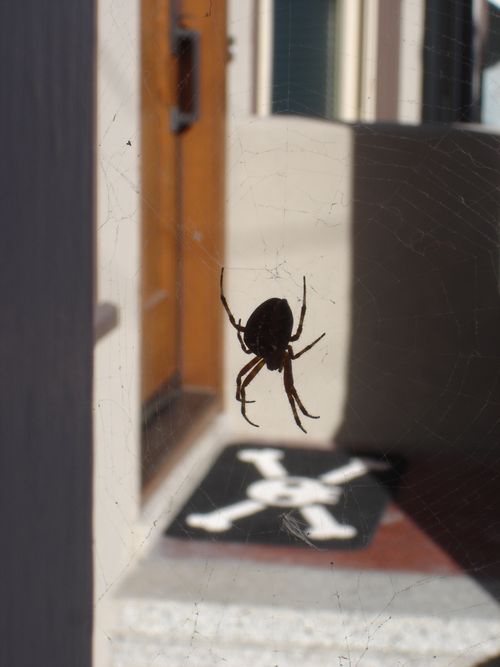 My Best Dog Advice. As we dogs get older we need to watch our weight, get plenty of mental & physical exercise and above all else - gets lots and lots of beauty sleep!!! About 15 hours each day should help with any dark circles and brighten the white of your eyes.  Unfortunately that much napping won't do anything to help any halitosis... 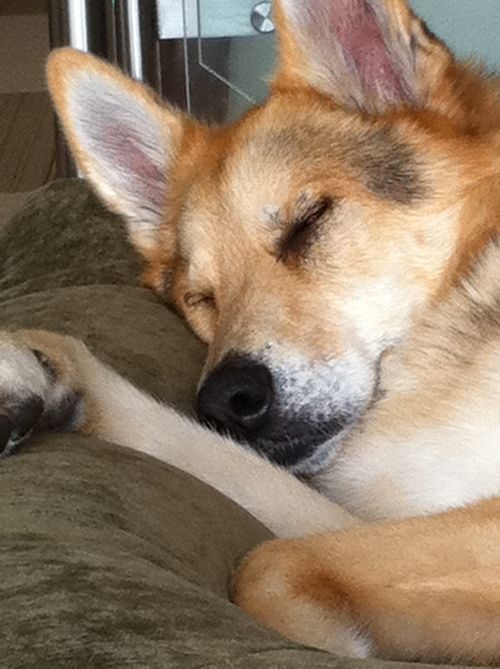 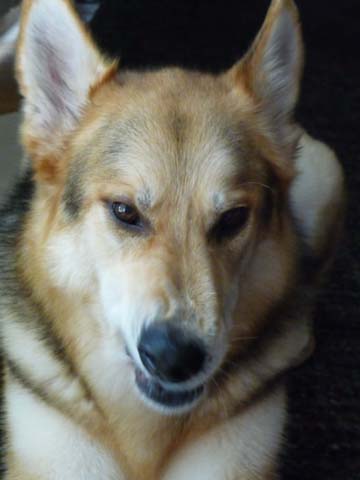 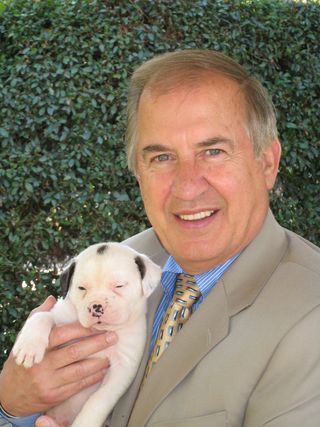 Michael Arms became President of Helen Woodward Animal Center in 1999 after serving ten years as district manager for the ASPCA in New York and twenty years as Director of Operations for North Shore Animal League.

Since he developed the, “Iams Home 4 the Holidays” adoption drive in San Diego in 1999 the campaign has found homes for more than 3,278,000 orphaned pets worldwide. Mike also established the Center’s, “Animal Center Education Services” program to teach, “the business of saving lives” to shelters worldwide.

What is your idea of perfect happiness? My idea of perfect happiness is being able to wake up in the morning feeling healthy both physically and mentally and turning on the news to find total peace and harmony in the world- that mankind has finally got the message that we need to be humane to each other, as well as the animals that are put on this earth to share the planet with us.

If you could come back as a dog or a cat, which one would it be & why? I would definitely want to come back as a dog. Even though I love both species, I have personally witnessed more catering to our canine friends. I've seen canine lovers take their friends to the beach to romp, cook homemade meals for them, give them a great bed to sleep on, buy toys and treats, and tell all their troubles to. So yup, if I had a chance to come back it would be as (wo)mans' best friend.